The “Polarization” of American Politics

They say that American society is becoming more “polarized.” Many blame the media. They say The News doesn’t delve deep enough into the issues, and that media pundits have degraded political rhetoric down to name-calling and wedge issue litmus tests. Of course, both of these things are true, but I think that what’s really happening in American politics runs much deeper than that.

First, I don’t think it makes sense to call it “polarization,” because “polar” implies a pair of equal but opposite extremes. Democrats and Republicans are not opposites. They are remarkably similar, with a few modest, but notable, differences. Democrat and Republican are competing brands of essentially the same product, and neither brand is nearly extreme enough for the American people. In reality, we have dozens of brands of extremism here in the US, that both oppose and attract each other, to varying degrees, and often exchange wing-nuts. Some of them work in coalition with the major parties, and some don’t.

Second, the parties and candidates manufacture their so called “ideals” out of pure hypocrisy and gall, specifically to attract campaign contributions, but also to encourage self-motivated zealots to volunteer for their campaign. How many of the people who answered calls and knocked on doors for Trump in 2016 do you suppose would identify as white supremacists, believe the Earth is flat, or think the universe is only six or seven thousand years old. By the same token, how many black block anarchists, Occupy Movement radicals, and EarthFirster’s got behind Bernie Sanders? The boots on the ground in both parties are just as wacky as rest of America’s lunatic fringe. The only difference is that the wackos in the major parties are managed by professionals, well paid professionals who think they deserve to make even more money than they already do. That’s the real problem in American politics. 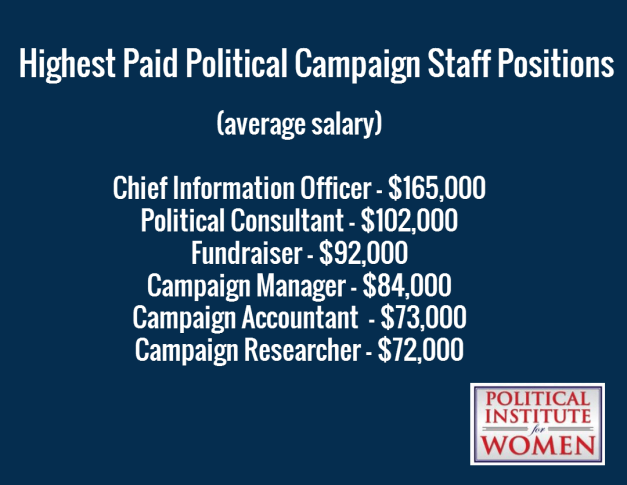 The more the professionals and the investment class press their game, the more ridiculous the story they have to tell us, to justify the extortion. The more far-fetched and unhinged from reality those stories become, the less difference there is between the major parties and anyone on the lunatic fringe. How stupid do you have to be to believe in trickle-down economics? …or democracy for that matter? Why should it be any harder to believe that the Earth is flat, or that the Moon is made of cream cheese, or that aliens are coming to take us away to a distant galaxy?

Honestly, we’ve all been force-fed a diet of aggressively misleading bullshit since the day we were born, and if you bought into any of it, by now bullshit slingers have built skyscrapers of bullshit on top of it. When it comes down to it, scientists can be just as misleading, and wrong, as religious leaders and politicians, and all they really want is your money. By now, everyone knows this. So, if you really want to believe in something, you might as well believe in something you really want to believe in. 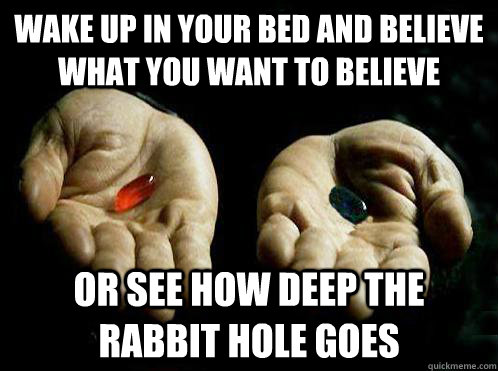 Today, thanks to the fire-hose of bullshit we call the internet, it becomes easier for people to eschew facts and logic just as effectively as both major political parties, all major religions, and most corporations. Why should working people have to face reality when no one else does? Who can blame people for concocting their own mythology and gravitating towards others with similar fantasies?

Americans have become radicalized, not by fundamentalism or religion, but by the non-stop assault on their credulity, and a political system that designed to pull the rug out from under them. American radicalism is a lot more individualistic than the kind of religious fanaticism or populist political movements we’ve seen in the past. Right now American radicalism is a wide open field. Whether it’s a queer antifa motorcycle gang, freegan vagabonds, or militant anti-abortion activists, increasingly, Americans are thinking outside the box, outside the system, and can no longer even agree on basic facts of reality.

This shattered reality will not be remedied by better reporters and more civil debate in the media, nor will it be fixed by a populist politician with a unifying message. The disagreements run too deep. The system has failed, and the lies that we told about it have taken on lives of their own. “Polarization” is definitely not the word to use for what is happening to the American body politic. “Polarization” implies some great mass in the middle, holding it all together. Instead, we should call it the “disintegration” of American politics. What’s more, we should recognize that fact, face it, and figure out where to go from here.