I love science. My grandfather taught science and made sure I had ample early exposure to it. I collected fossils, did the experiments in my chemistry set, built model rockets and kept my deceased pets, snakes and turtles mostly, preserved in alcohol for later dissection. My room looked like a science lab.

I read science too. I hated story books as a child. I cannot describe how disappointed I was in any adult who pointed me towards the children’s section of the library. I’d take one look at the bright primary colors and the smiling anthropomorphic cartoon animals and think to myself, “How stupid do they think I am?” before heading to the science section and jumping into stuff that was way over my head.

As a teenager, they fed us a lot of government propaganda under the guise of “drug education.” Everything they told us about “drug education” seemed fishy to me. Clearly, the government did not want me to try drugs, but equally clearly, the message came through that a whole lot of American citizens thought drugs were worth breaking the law for. The cops that came to my school to convince me to say “no” to drugs, instead, convinced me that cops were small-minded gullible people who understood little besides power, authority and violence. 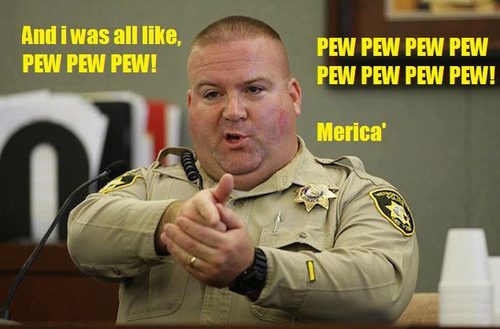 Drugs remained just as mysterious to me after “drug education” as they had been before, so I became curious. I’d heard the expression “experiment with drugs” and the idea appealed to my young science-nerd mind. At the time, even alcohol was alien to me. My parents didn’t drink, except for, perhaps, a glass of wine with Thanksgiving Dinner. By this time, I knew a bit about the scientific studies on the effects of psychoactive drugs, partially through my own reading, but largely through the state sanctioned curriculum taught to me in public schools.

Among the other propaganda, these curricula included quite a bit of science, and often cited the cruel, gruesome experiments conducted on laboratory animals by the National Institute on Drug Abuse. They made us watch graphic emergency room footage of a heroin overdose and showed us color photographs of all the nasty infections you could get from injecting drugs. Back then, Aids was just a chocolate flavored snack people ate to help lose weight.

They showed us how scientists measured alcohol impairment in volunteer test subjects, and of course, we saw graphic footage of traffic accidents involving drunk drivers. I don’t remember a lot of what I learned in school, but the gory drug-ed stuff, like the image of that poor unconscious kid, turning blue and foaming at the mouth while the ER doc cleaned out his abscessed vein, really stuck with me.

So did a short essay by Timothy Leary, included, oddly enough, in a state sanctioned drug education workbook. The authors of the workbook chose to illustrate this essay with a photograph of a distant and despondent-looking teenage girl, looking up at you from the floor, where she sat, back up against the wall, leaning against an open, dirty toilet, surrounded by dismembered manikin parts. The photo could have been left over from a Frank Zappa album cover shoot. Anyway, in the essay, Leary described his experience with LSD and what he meant by “Turn on, tune in, drop out.”

I didn’t really understand what he meant, or what about the experiences he had, that he found so appealing, but clearly, here was a Harvard professor who sacrificed his career to endorse and promote an illegal drug. I didn’t understand why, but his enthusiasm, and urgency came through. As a counterpoint to Leary’s essay, we heard an audio tape made by a young man, purportedly under the influence of LSD, immediately before he took his own life. They told us a lot about marijuana too, but mostly they tried to scare us away from marijuana by associating it with all of the other illegal drugs, and reminding us that we would get arrested and thrown in jail if we were ever caught with any. 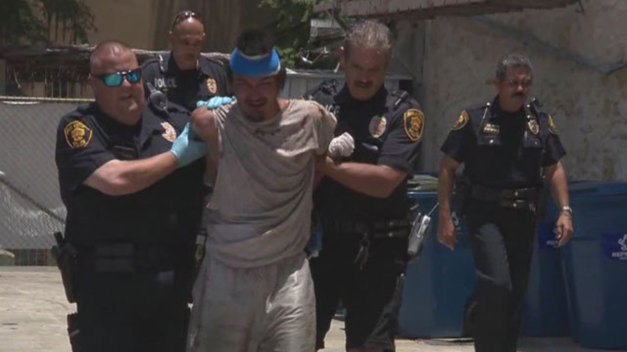 I don’t want to lead you to believe that my early interest in drugs was driven entirely by scientific curiosity and the public education system. When I was twelve, my parents went through a long, messy, traumatic divorce that concluded, when I was 15, with my mother marrying a guy I did not get along with, and my dad moving away. At twelve, I thought that only an idiot would take drugs, but by the time I turned 15, I wanted to try them all.

I’m sure there were other factors involved in my decision, including hormones. My attitude towards girls made a similar 180 degree switch during those years as well. I also realize that living through your parents divorce is a pretty normal part of growing up, these days, and plenty of kids endure far worse trauma than I went through, but I also know a lot of adults who have way worse problems than I have. 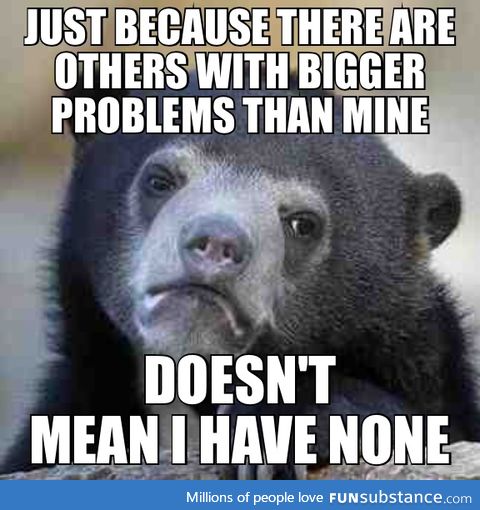 For whatever reason, I began taking drugs. I took them of my own accord, by myself, without peer pressure, usually while doing little other than observing the effects of the drug with more or less scientific curiosity. I wanted to know what drugs did, and why people found them so attractive. I began with the drug most easily available to me, model airplane glue. I already had some in my room. At the time, the model industry was switching to fume-free, citrus-based plastic model glue, but the old fumy stuff worked better, and I still had some.

Sniffing glue felt good for about 3 minutes, but left me feeling sick for the rest of the day. Still, the effects were dramatic and interesting enough that I persisted for a time. At school, the first real illegal drug I scored was a black barbituate capsule called a “carbitrol.” I remember having coordination problems and feeling very sleepy when I took it. I did not understand the appeal of this drug at all. Eventually, I came to realize that many popular drugs effect how people feel in social situations, and the effects of these drugs, like alcohol for instance, were quite boring to observe, alone, under more or less clinical conditions.

I smoked my first marijuana through a pipe I made myself from an aquarium air line valve and some hardware I stole from my step-father’s workshop. I couldn’t believe how harsh it felt, and how much my throat and lungs burned from it. I could hardly imagine effects that would make it worth doing again, and I didn’t feel any psychoactive effects at all, that first time, but I figured I must be missing something, so I persisted. Finally, on my third attempt, I felt the full, psychoactive effects of cannabis. It felt great, almost overwhelming, but positively vibrant, in a way that no amount of objective science, or anti-drug propaganda, could have prepared me for.

I continued to explore the world of psychoactive drugs and soon discovered LSD. LSD also had dramatic and interesting effects, so I took it often. I took LSD until I understood exactly what Timothy Leary meant by “Turn on, tune in and drop out,” and I understood his enthusiasm and urgency. I found marijuana and the psychedelics to be, by far, the most interesting of the illegal drugs, and I pursued my study of them enthusiastically. I quickly discovered that marijuana fit nicely into my daily life, while LSD was a much more draining ordeal, that usually involved losing a nights sleep. 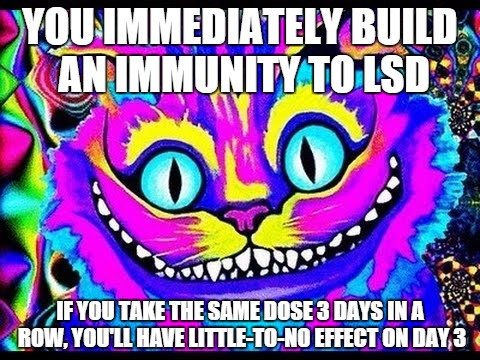 Scientifically, both cannabis and LSD have dramatic psychoactive effects that the user feels very strongly, but that cause few, and relatively superficial, changes in behavior and physiology that scientists can measure objectively. The objective studies I read, of the effects of LSD, prepared me not at all for what I experienced when I took it myself. For instance, the study that examined the effects of LSD on cat behavior, found no specific behavior that cats only did under the influence of LSD, and only a few behaviors that scientists could measure as increasing or decreasing under the effects of LSD.

Objective science yielded very little insight into why LSD effected people so dramatically, and why people like Timothy Leary, who took it themselves, rather than feeding it to lab animals, felt so strongly about it. To this day, most of what we know about the LSD experience comes from direct, observational experience, and objective science has gotten little better at explaining it.

Today we have MRI machines that can measure crude differences in brain activity between high people and people who are not high, but MRIs don’t explain why some people have religious experiences that change their lives, while others become paranoid, anguished and suicidal. I’ve had both types of experience, as well as several others that I found totally inexplicable, but absolutely fascinating, but back then, it was time for me to choose a major in college.

Since these experiences happened in my mind, I thought Psychology would be an appropriate field of study. I very quickly discovered that psychologists had, quite artfully, excised the mind from their field of inquiry, and had defined “psychology” as “the study of behavior” so as to fully embrace the methodology of objective science. In Psychology classes, once again, I found myself reading studies that measured crude behavioral changes, objectively, and offered little insight into people’s lived experience.

I took several psychology classes and learned that, for all of it’s objective science, the field had yielded very little insight into the nature of mental illness, nor done much to improve the condition of mentally ill people, but had made great strides in predicting and influencing consumer behavior. I found it very curious, and rather disappointing, that scientists who were so eager to attach sensors and electrodes to every inch of our bodies, and sample all of all of our bodily fluids, apparently had no interest at all in studying the contents of our perceptions, scientifically.

No one seemed interested in studying direct experience, and there didn’t appear to be a way to do it objectively. That is, according to the scientific method that had been drilled into my head, over and over again, since I was a small child. Then, in my college catalog, I spotted an interesting elective in the Philosophy Dept called “Phenomenology” with Dr. James Buchanan. Phenomenology is the study of perception and direct experience. I had to buy five books for the class, all of them translated from German, none of which would I have found penetrable without the absolutely riveting lectures of Dr. Buchanan. 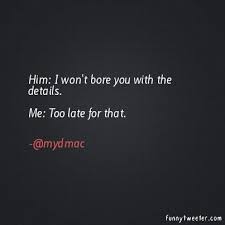 It changed my life. The following semester, I took Dr. Buchanan’s Existentialism course, which I found just as riveting, and over the summer I did an independent study project with him on Kant’s Critique of Pure Reason. After that, I dropped out of college and started a band. 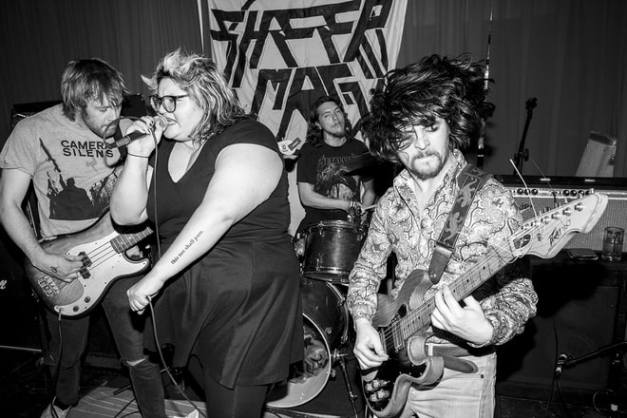 I didn’t start a band because I thought it would make me rich and famous; I started a band because I didn’t want to perpetuate a culture that systematically debases life by objectifying it. Instead, I wanted to work on building a new human culture, organically, from the ground up, based on the shared experience of people working together in small egalitarian groups. A band seemed like a good way to do that.

I still love science, especially ecology and wildlife biology, but I understand the limits of objective science, and I understand the poisonous cultural myth that uses objective science to push us down the road of maximum destruction and harm. I’m still interested in building a new human culture from the ground up, but, unfortunately, I don’t meet many people who found drugs as educational as I did.