A Species in Adolescence

In separate interactions with two different liberal lawyers, recently, I heard the same phrase uttered as an excuse for human caused environmental devastation. It sounded all too familiar. It’s a deceptively simple phrase, but it conceals one of the fundamental myths of this new science-based religion called “Secular Humanism.” Both of these gentlemen expressed this phrase as a personal belief. “I just think that we are a species in the midst of adolescence.” or “I believe that we are a species in adolescence,” was more or less how they put it. That’s a strange thing to believe.

Secular humanists have adopted this strange belief in the adolescence of the human species because of their strange belief in science. Believing in science is pretty weird too, if you ask me. Not that anyone did, but still, it’s one thing to learn about the world using the scientific method, and it’s something else altogether to “believe in” science.

Secular humanists think that our objective, scientific understanding of the universe is the greatest thing since sliced bread. They see the emergence of science as a guiding light that will see us through this difficult phase of our evolution, our adolescence, if you will. We must be doing something right, they reason, if we can put a nuclear powered car on Mars, calculate the moment of the Big Bang to the millisecond and find the goddamn Higgs boson, and they assume there is a point to it all. They see the scientific viewpoint as superior. Our best hope for survival, as a species, they will tell you, is more science and technology. That’s what I mean when I say that Secular Humanists “believe in science.”

Unfortunately, the facts on the ground tell us that most of today’s really pressing crises originated with some new scientific development, and the technology it inspired. For instance we face Global Warming because of certain developments in chemistry, a few mechanical inventions, and a hell of a lot of marketing. The knowledge that science gives us, has led to horrific disasters and environmental devastation around the globe. From the spectre of nuclear warfare to global climate change, to overpopulation, every new scientific discovery leads to new technology, which creates a new crisis.

We tell ourselves that all of this destruction is part of our “education” as a species. We tell ourselves that we are a good species, and we are on the right track, but we just need a little more time to reach our maturity. If we think about human beings as an “adolescent species” does that also mean that we should also think of the genocide of the American Indians as a college “panty raid,” slavery as a sort of fraternity hazing, and the whole environmental crisis as just a nasty hangover from doing too many Jagger-bombs at that kegger last night? Perhaps we should just say: “boys will be boys.” about these dark chapters in in our history, because these were just the youthful indiscretions of an adolescent species, and someday, we’ll grow out of it, get a job, and settle down. 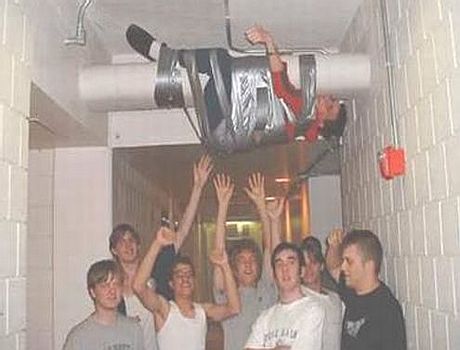 Of course, if we actually applied what we know about science to this new myth, we’d realize that adolescence happens to individuals, not species. Individuals reach a stage where they no longer need the direct care and supervision of their parents, but have very little experience to draw from in their encounters in the real world. Adolescence never happens to a whole species at once. Every species is fully mature at the moment it evolves into existence. There are no “Not Ready for Prime Time Players” in nature.

Species evolve in response to the pressures and limitations placed on them by their environment. If the species survives, it is only because it’s particular adaptations are suited to the challenges of the environment they face at that moment. Species don’t evolve with adaptations suited to some future world, or with adaptations that take a few millennium to refine. The idea of a species in adolescence has no basis in science at all.

Every generation of every species comes with a fully mature set of time-tested adaptations that prepare it for survival within the limits set by its environment. That’s why you will never hear a biologist say, of an invasive species, for instance: “Well, Zebra mussels are an adolescent species. They want to get out and see the world, but we think that eventually they will return to their home range and settle down as the species matures.”

…or of an endangered species: “We think that the declining numbers of Northern spotted owls in Northern California forests is the result of the owls engaging in risky behavior. We think the owls are ‘acting out’ in reaction to losing so much of their habitat to logging. Spotted owls are an adolescent species, and we think this is just a temporary phase. We just need to give the owls some space, and let nature take its course.” Nor will you find any such nonsense in biology textbooks.

Why then, do you suppose, has this idea of an adolescent species, homo adolescence, if you will, has become such a widespread belief among Secular Humanists, who, because of their high regard for science, should know better? 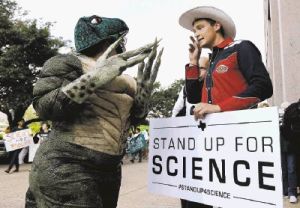 It might be because Secular Humanists, like most people, prefer literary metaphor to real science. It might be because most Secular Humanists just haven’t examined that aspect of their belief system very closely, or it could be because Secular Humanists simply cannot face the fact that we are not looking at the youthful indiscretion of a species nearing maturity, but instead, we are witnessing the collapse of a suicidal culture, that is taking science, democracy, all of our beloved technology, and everything that makes us feel superior to the rest of nature, with it. The real answer, of course, is “all of the above.” 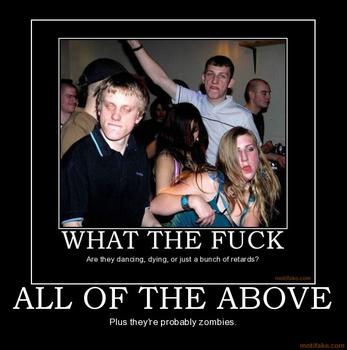 In truth, we’re a great species! We’re a mature, time tested species, that has achieved global distribution. There’s nothing wrong with us as a species. As a species, we’ve developed thousands of cultures, suited to life in the place they originated. We just happened to be born into one particularly destructive culture, that has already destroyed an alarming amount of the world’s biologic, as well as human, cultural diversity. There’s nothing wrong with us as people, but the way we live, the way we think, and the way we see ourselves in relationship to the rest of nature couldn’t be more wrong. If we hope to survive, as a species, our culture has got to change. 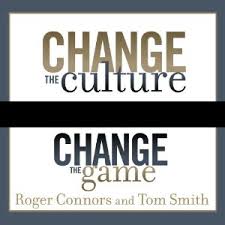