Anna Hamilton is so full of shit she should never need to buy fertilizer again. I choked on the load she dumped on us, this past Friday, on her KMUD radio show Lock, Load and Shoot Your Mouth Off. Did she really say that the reason the Feds are cracking down on marijuana growers is to stop the flow of funds to liberal, lefty non-profits like EPIC, Democracy Unlimited, and PETA?

As if the millions of dollars they confiscate every year in pot raids, and millions of dollars more in seized guns, vehicles, and other property, aren’t enough motivation. Like the economic juggernauts called the war on drugs and the prison industrial complex aren’t demanding to be fed on their own accounts. Cops and prison guards like to go to Hawaii too, you know. 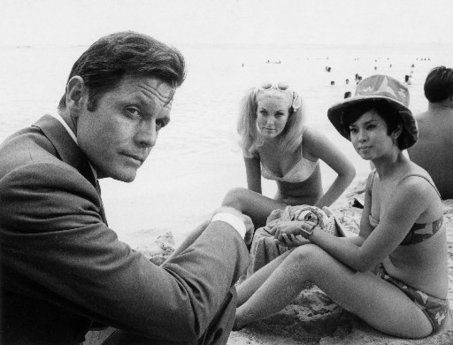 Or…why couldn’t this invasion of Federales be an act of economic stimulus, intended as a price-support mechanism for black-market marijuana. I could believe that. Clearly we were all begging for this last year. Around here, people voted 2 to 1 for more oppression and higher pot prices. You can’t blame Obama for trying to oblige us. This is about all the stimulus he can get through congress these days, so we could show some gratitude.

No, according to Anna Hamilton, The Man goes all out to bust growers, just to keep groups like PETA, EPIC and Democracy Unlimited from becoming too powerful. Was she joking? Where does she get this notion that dope growers are such fucking generous people anyway… I mean, besides KMUD? Have you ever heard anything so ridiculous? I know what the marijuana business is like. The black-market marijuana industry self-selects for opportunism, not generosity. But don’t take my word for it, look at the evidence. 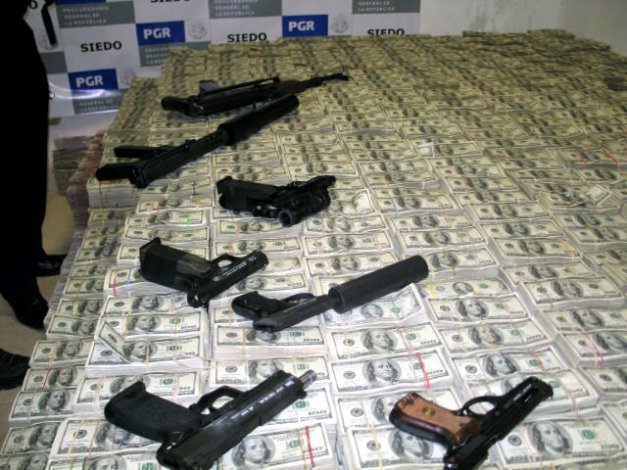 I think the evidence presented by Kym Kemp, on Anna’s show, goes a long way to refuting the silly notion that dope yuppies would save the world if the Feds just left them alone. Let’s look at those oh so conservative numbers that Kim Kemp kindly Quoted to us that night. According to the estimate that Kim quoted, based on numbers of plants busted each year*, the marijuana industry in Humboldt County, generates about $2.1 billion annually. If these generous growers gave just one percent of that take, to local lefty, liberal non-profits, that would amount to 21 million dollars annually. 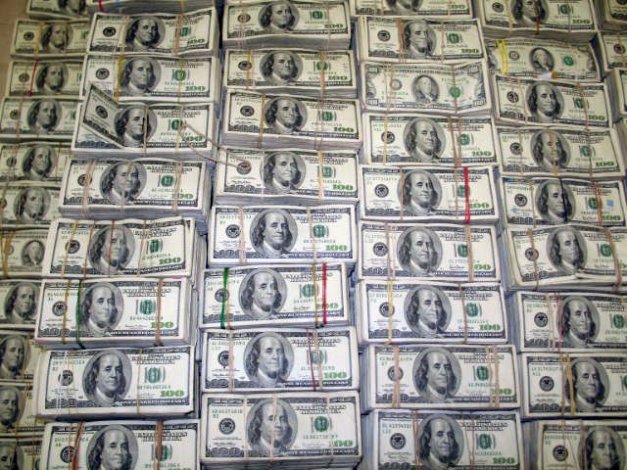 Let’s see, the Mateel has an annual budget of about $140,000, KMUD gets another $180,000 a year. Does EPIC take in a hundred-grand a year, I doubt it, but just for argument let’s assume. I’ll bet we could add in the annual budgets of the Trees Foundation, Democracy Unlimited, Friends of the Eel, and Sanctuary Forest, and still not reach one million dollars. 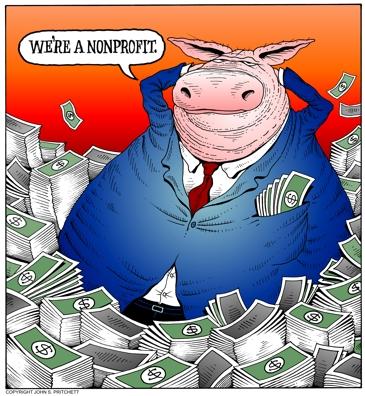 You’ve got to figure that at least half of the Humboldt County marijuana industry happens in SoHum, so if our neighbors who grow pot for a living are so generous that they give just one whole percent of their crop to charity, where are the other nine million dollars? I don’t see it. I did see that cops seized over $375,000 cash in one bust last week, more than the annual budget of The Mateel and KMUD put together.

You’d be hard pressed to find a non-profit that more directly serves SoHum growers than the Mateel Community Center.  From Hempfest, to Reggae on the River, the Mateel Community Center sponsors and promotes many of the pot-positive events that have made SoHum famous for its marijuana.  The Mateel also provides a central meeting place for the marijuana growing community.  In many ways, the Mateel functions as a country club for SoHum’s growers.  So, you’d think the vast majority of the Mateel’s money would come from those generous growers, and that by now, the Mateel would have a huge endowment. You’d be wrong.

So the Mateel takes the money from craft artists, uses it to book ten tons of entertainment, and print up posters. They then enlist a small army of volunteers to take tickets, run check-in, pour beer, provide security, recycle waste and generally provide them with thousands of man-hours of unpaid labor. 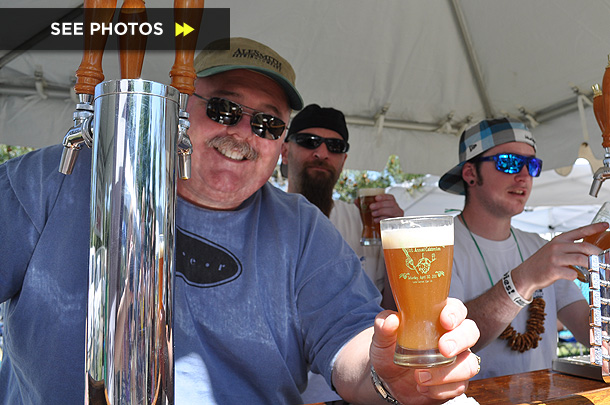 Finally, on the day of the show, everyone comes to Summer Arts fest, including a lot of working people from Eureka, and students from HSU, because its the best deal in summer festivals around. The growers come out too. They buy tickets, they drink overpriced beer and they buy stuff for themselves. That’s not generosity, folks, that’s just self-indulgent consumerism.

If these dope yuppies are so fucking generous, why do us poor artists have to subsidize the Mateel so heavily? Why don’t dope growers just donate that tiny fraction of the estimated 2.1 billion dollars they take in each year, to the Mateel, directly, so that Summer Arts Fest can focus on serving the very real needs of the artists and craftspeople who pay for it? How many other non-profits would survive if they didn’t throw lavish parties with delicious food and alcoholic beverages served by volunteers? Not many, I fear. 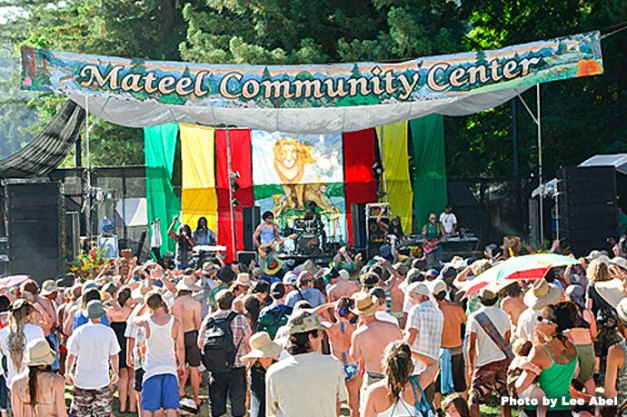 Yes, I’ve known pot smokers to be generous, caring people. Pot smokers still pay an enormous premium for marijuana because of prohibition. Pot smokers put that 2.1 billion into the hands of growers, and they deserve a better deal. Just because marijuana is a wonderful plant, doesn’t mean it has to be expensive. If growers really wanted to make the world a better place, they would make it their goal to flood the world with cheap, plentiful marijuana, so that more people could afford to smoke pot, and so pot smokers could afford to give more of their own money to their favorite charities.

Instead, growers seem happy to use marijuana as another way for people with land to take advantage of those without. If you own a house or parcel of land, you can use your right to privacy to secret your grow. On the other hand, tenants have to deal with landlord inspection clauses, month to month leases, and frequent moves, making cultivation much more difficult. So, no matter how much growers donate, if they do donate, they are still exploiting poor people and draining the life out of this country for their own enrichment. 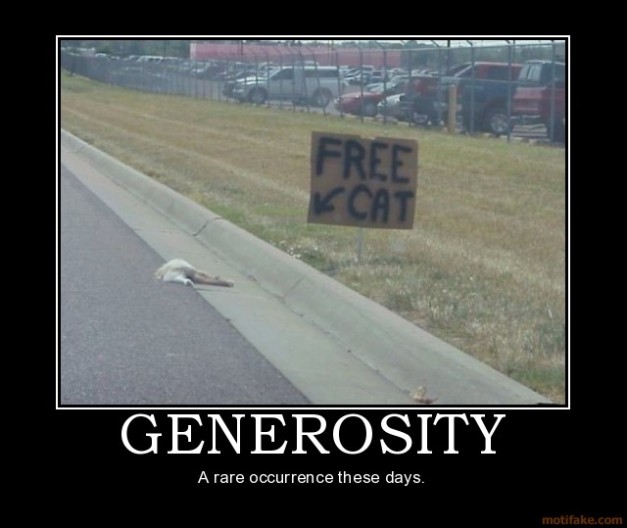 *I think the number of plants seized is a better indication of law enforcement activity and budget, than economic activity in the industry. You could get a much better estimate of how much pot gets grown in Humboldt County each year, I’d think, from the volume of soil and hydroponic aggregate sold at grow shops in the area. I wonder why no one has bothered to do that.