The word “polarization” implies a two way process. Politically, the word “polarization” implies that both the right and the left have become radicalized. I see no evidence of this. I’ve watched a steamroller of right-wing radicalization crush left-wing radicals, crush unions, and crush the Democratic party for the last four decades. It began in the ‘80s with the unholy union of the Evangelical Christian Movement and the Republican Party, which brought Republican greed, avarice and thirst for power into league with the Christian values of bigotry, sexism and disdain for science and reason. They gave us Reagan. 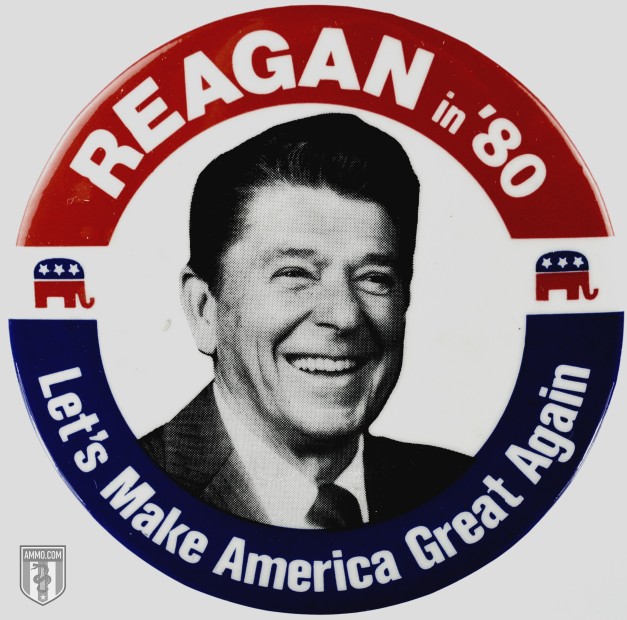 Reagan broke the unions. Bush amped up the War on Drugs, but Clinton was all about compromise. Instead of standing up for working people and Democratic principles, he sold out the American people with NAFTA and Welfare Reform, which the Republicans could have never done on their own. Then in 2000, the Democrats proved their complete impotence and demonstrated their willingness to settle for nothing when Al Gore conceded the 2000 presidential election. W pushed that radical right-wing steamroller, full throttle for eight years, getting us into two intractable wars. Then he made millions of people homeless, a few of his friends rich, and completely wrecked the economy.

Obama convinced us to bail out the banks, and gave us the Affordable Care Act, which insures maximum profits for insurance companies, doctors and drug manufacturers and makes the most expensive health-care system in the world available to people with pre-existing conditions, for the first time, even though they still can’t afford it. Obamacare was a terrible compromise. It was such a bad compromise, that the Republicans can’t even imagine a plan that they would like better. In fact, Obama sold the American people a health-care plan devised largely by Republicans, and again, like Clinton, did to the American people what they would never let a Republican do. 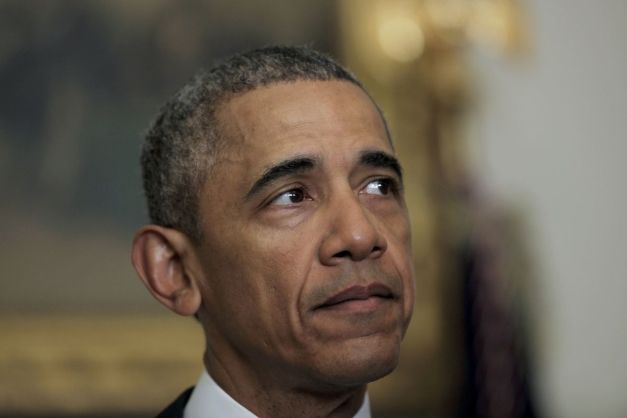 Now we’re back on that right-wing steamroller, led by the most obnoxious, egotistical, chauvinistic, bigoted asshole they could find, an asshole who inspires and emboldens obnoxious bigoted assholes all across the land, an asshole who takes pride in his privilege, and has no shame or moral principles. Trump is a perfect pig, who leads a regime of pirates that reign over a nation of overworked, underpaid wage slaves who live paycheck to paycheck if they’re lucky. That radical right-wing Republican steamroller has crushed working people for forty years straight, while Democrats have become the party of compromise, collapse and capitulation. That’s not polarization. That’s four decades of hard right turns.

This radical shift to the right was accomplished by a massive and relentless propaganda campaign that began with radical right-wing pundits like Rush Limbaugh, George Will and Morton Downey Jr, not to mention a throng of TV preachers like Pat Robertson and Jerry Falwell, and continuing to this day with the likes of Pat Buchanan and Sean Hannity. These guys have spewed radical right-wing bigotry, hate and lies 24-7-365, for 40 fucking years. The radical right owns thousands of TV and radio stations. The left has PBS, NPR and Community Access Television, all of which they must share equally with the right.

In the last 40 years, the radical right has revolutionized and reshaped our society, our institutions and our culture, in their image, and they didn’t do it with civil debate in an open marketplace of ideas. They did it with cunning opportunism and sleazy propaganda full of hatred, bigotry and lies. They spent big money on it, and when that didn’t work they used violence without hesitation. They don’t care about the “quality of the debate.” They want it all, and that includes the contents of your life, and they’ll do anything to get it.

When Democrats complain about “polarization” they aren’t complaining about the fascist propaganda machine on the right, they are complaining that their traditional working class base refuses to settle for their pathetic compromises. They use the term “polarization” to include the “Bernie Brohs” they betrayed, in their condemnation of the Steve Bannons and David Dukes behind Trump. There is no polarization. This is just another right turn by Democrats. 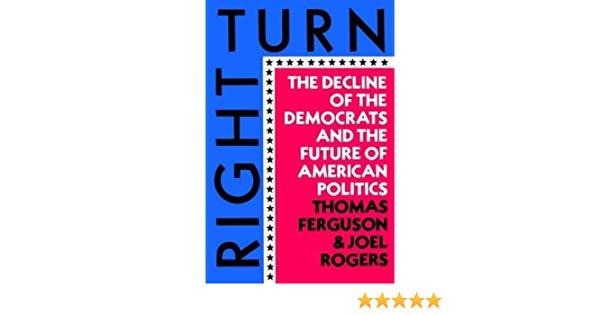 “Polarization” is the word Democrats use to blame their own base for their complete failure. You’ll even hear them say “it’s on both sides.” A lot of rich Democrats would like to see the Democratic Party look even more like the Republican Party, but with legal abortion and equal rights for gay people. They want to screw working people as much as Republicans do, and they’ve learned that sometimes that’s easier to do as a Democrat. Those are the people who complain the most about this alleged “polarization.”

The Republicans empower their radicals, while Democrats disown theirs, and as long as Democrats continue to disown leftist radicals, Democrats have no power and nothing to negotiate because they have no base. If you can’t stand up to defend your life and protect your home without being labeled a “radical,” then, damn it, we need more radicals on the left, and if we want more leftist radicals we’ll need a lot more fiery and inspiring rhetoric. 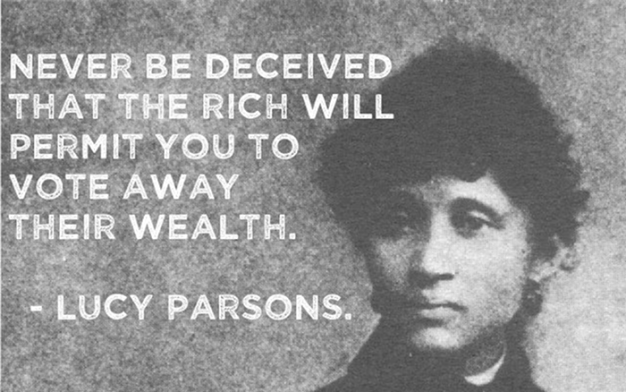