The L.A. Times recently ran a story about Humboldt County and the marijuana industry here, and the story echoed a common myth about this area that really deserves some analysis. You will hear this myth often repeated on KMUD, and reflected in Kym Kemp’s blog Redheaded Blackbelt. They both do their best to disseminate propaganda for the marijuana industry, and between them they’ve done a pretty good job of putting their spin on things. After all, the marijuana industry is still a pretty secretive business, and news gathering has become a relatively passive activity these days, so it’s not surprising that this myth gets so much traction in the press, but it’s about time someone took a closer look at it.

So, here’s the myth: The people who moved to Southern Humboldt in the late 70’s and early 80’s, like to paint themselves as the “back to the land” movement. They moved here to escape Babylon, and built little cabins, grew organic veggies, made arts and crafts, and raised a family. They grew just enough marijuana to pay their taxes, support their favorite non-profit, and put a pair of used tires on their old truck.

The truth is a very different story:

Back in the 70’s and 80’s, most of the people around here bought their land from a guy named Bob McKee. They all love Bob because he would buy large tracts of logged over timber land, dirt cheap, and then break them up into parcels small enough that pretty much anyone who wanted one could afford one.

You could never make a living logging these small parcels, and there weren’t any jobs, to speak of, anywhere in the vicinity, so this low priced land became attractive to artists, who don’t have to worry so much about their commute, but also don’t make much money. At one time Humboldt County had more artists per-capita, than any county in California. That’s why Summer Arts Fest is older than The Mateel. The artists in SoHum needed that outlet, more than they needed a place to party. That was 37 years ago.

Thirty years ago, Ronald Reagan disrupted the flow of marijuana from South America and Mexico, and very suddenly, people started buying up those cheap parcels, specifically to grow marijuana. Bob McKee got rich, and all of a sudden, almost anyone with a green thumb, and bit of chutzpah, could make a living from the privacy that these forested mountains provide. 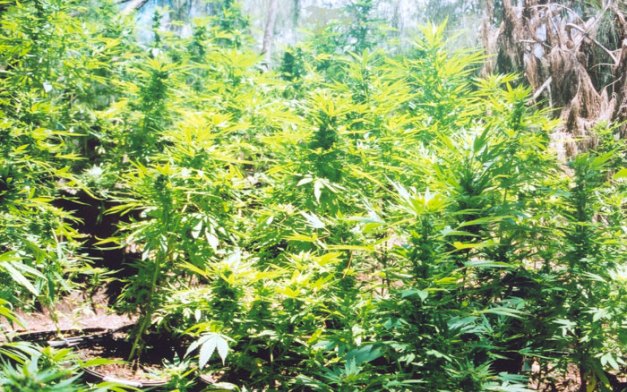 So, these people who moved here 30 years ago, all moved here to grow pot. They bought cheap, logged over timber land, built homes with outhouses without permits, diverted streams, and grew marijuana illegally to make money. They made pretty good money growing pot, so they started buying up the parcels around them. Their drug-dealing friends in the city, who came up here for the lavish parties these folks threw, started buying parcels as well.

Some of these people were greedier than others, some of them were more competent than others, but they all partied a lot. They brought hard drugs like heroin, cocaine and meth, which have remained epidemic ever since. 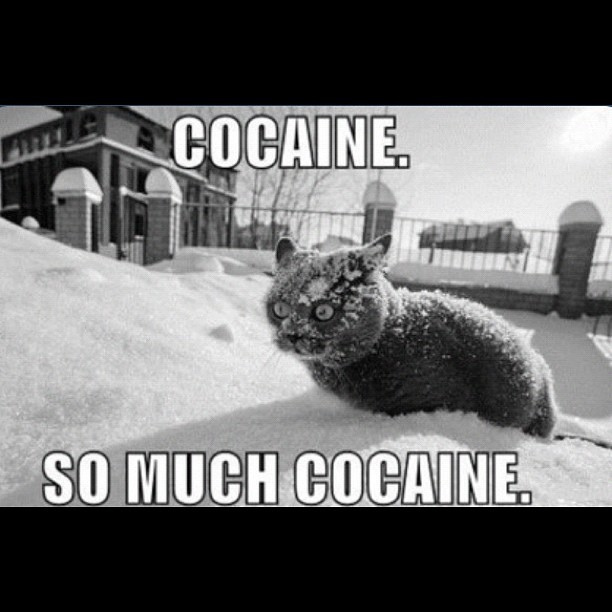 They drove like maniacs, like their kids do today, and they made huge messes up in the hills. They buried piles of car batteries. They changed their oil in their driveway, letting the spent oil seep into the ground, and they abandoned thousands of vehicles all over the hillsides of Southern Humboldt, and that was just the beginning.

People who’ve owned their property since the eighties don’t really need much income anymore to cover the basics. They paid their land off decades ago, and thanks to proposition 13, many still pay less than a thousand dollars a year in property tax, at least on the parcel they actually live on. 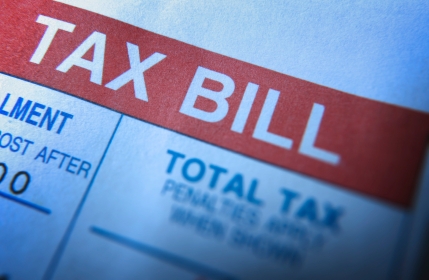 For most of them, however, the basics were not enough. They like to party. They want to go to a dozen festivals every summer, winter in Hawaii, ride around on quads, watch movies on their big screen TVs, and if their local non-profits can pour beer, they want to support them too. You see, they just want regular “middle-class” stuff, and marijuana provides that for them, but it gets to be a chore.

Growing all of that marijuana starts to feel like work. So what do you do if you own a few parcels of land, and you want the income from all of them, but you don’t actually want to do the work of growing the marijuana? You want to hire people, but you don’t really want them show up at your place and punch a time-clock, and you really don’t want to cut them a check every week. You want them to grow pot for you, sell it, and give you the money, and you want some insulation from the risky side of the business. Here’s what you do.

You “sell” them a turnkey business. Here’s how this works. You find an up and coming drug dealer, who’s already moving a lot of weed for you. You teach him how to grow, introduce him to your clone supplier, and help him set up his generator, pump, lights and fans. You offer to “sell” him one of your SoHum parcels for a price based on the expected profits from the weed grown there in the next ten years. You draw up a land contract, and you “loan” him, the money that you expect to be payed for your share of the weed. Then you turn the operation over to him.

You see, you “sold” that parcel, that you originally traded a motorcycle for, for $250,000, to a 28 year old guy with no job, and $50,000 in small bills. There’s now a big ugly diesel scene and a giant, water sucking industrial mega-grow on it. You get all of the profits, and some drug dealing kid from the city takes all of the risk and does all of the work. He’s in possession of the land, should the cops ever raid it, so you can deny any knowledge of what goes on there, and you can legally repossess it, if he ever fails to make the payments.

Not that long ago real estate agents around here sold land, generators and lights together as a package, and advertized them in local papers. For decades now, all of the land sold around here, sells at a price based on the value of the marijuana that can be grown there, and the county happily appraises this land at the inflated prices.

So, if you moved here recently, besides paying through the nose for your land, you likely pay three times what your neighbor pays in property tax. You still can’t make a living from the timber on one of these parcels, and there are still very few jobs in the vicinity, but these parcels no longer sell at prices that artists or writers can afford. No, every parcel sells as a prime marijuana gold mine, with a price determined by how much marijuana the buyer and seller think they can pull out of it. 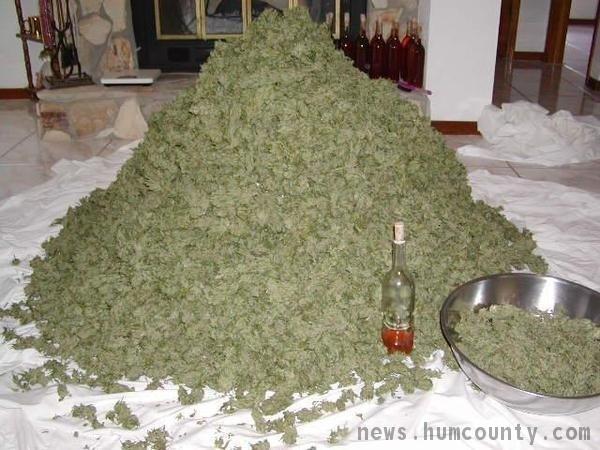 The people who sign those land contracts, often as not, get busted, shot to death in a drug deal gone bad, or simply fail to deliver the cash, so they lose the property, and we never see them around again. It’s a huge ripoff, and it’s just one of the ways that the people who’ve been here thirty years, feed on young people like vampires, growing ever richer, and more smug about themselves, while they destroy habitat, drive endangered species to extinction, and enslave the young.

Most of the rentals in SoHum work the same way. Landlords expect tenants to grow for them, and use the lease as legal insulation. The dope yuppies who’ve been here thirty years know how few opportunities there are for young people, and they look for desperate young people to take advantage of.

The people who’ve been here thirty years have engineered the marijuana industry here. They employ, and exploit the army of young growers, share-croppers, dealers, mules and trimmers that you see around town. They are responsible for the giant mega-grows, the water diversions, the rat poison, and all of the problems and pollution that goes along with them, and they make sure that no young people today, ever get the kind of deal that Bob McKee gave them. 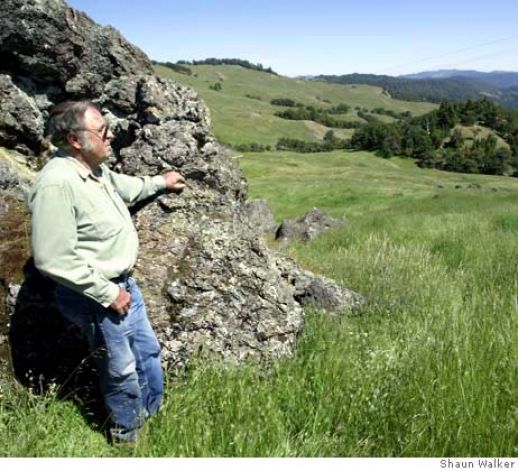