What has Measure Z Done for “Public Safety?” 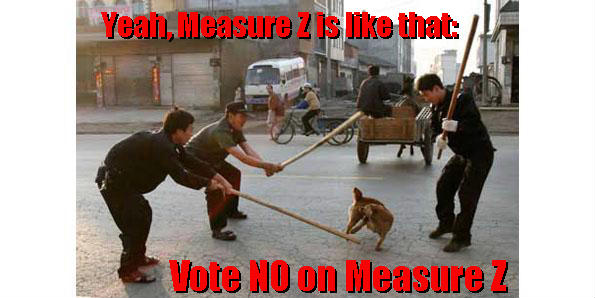 A couple of years ago the voters of Humboldt County approved Measure Z, a new, regressive sales tax that disproportionately burdens the poor and homeless. When the Humboldt County Board of Supervisors sold us this ripoff, they promised us that the money would be used for “public safety.” Since then, we’ve had a wave of vicious violent assaults, mostly against the poor and homeless, and more murders than ever before. 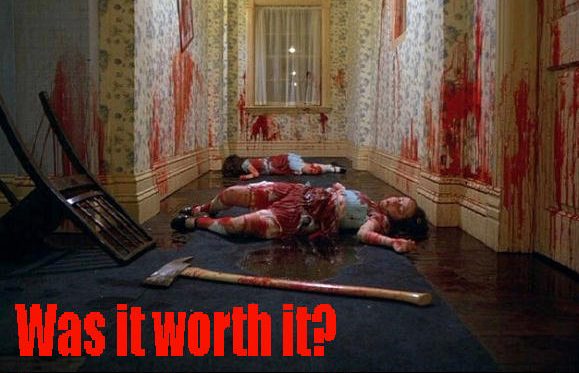 Down here in SoHum, post Measure Z, the downtown Garberville shopping district is crawling with cops, who do little but harass street people all day. Then, late at night, after the stores have closed and the cops have gone away, local teenagers go out and beat homeless people with baseball bats while they try to sleep. Measure Z brought more cops to Southern Humboldt, but it also brought more violence to our community as well, and that was by design. 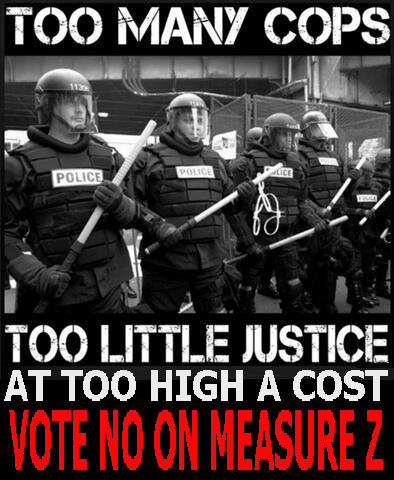 If you believed, for one instant, that the Humboldt County Board of Supervisors wrote Measure Z to make Humboldt County safer for the public you are a special kind of stupid. Unfortunately, the only thing we have more of in this county than greed and marijuana, is stupidity, and we can thank gullible NoHum liberals who voted for Measure Z for unleashing this latest wave of violence and bloodshed in Humboldt County. 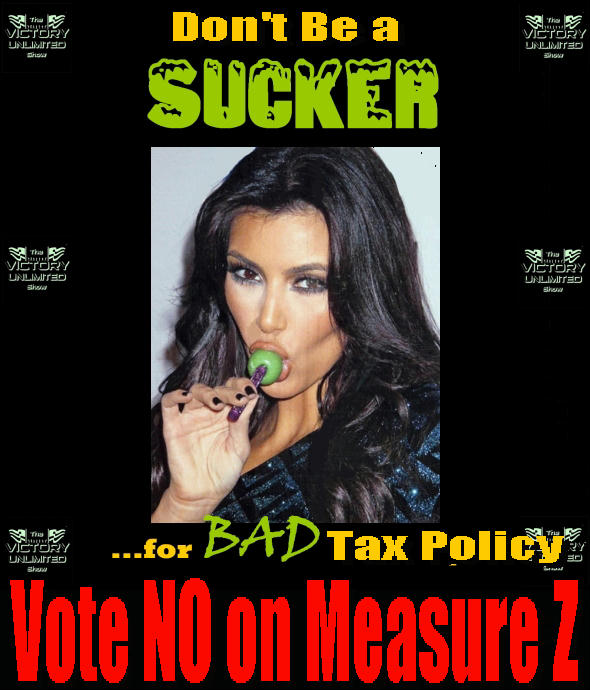 What really happened was, the greedy landowners, real-estate bloodsuckers and the merchants down here in SoHum, convinced the tax-friendly liberals up North, to vote for a new tax that hits up the working poor, single mothers, and homeless people of Humboldt County, to pay for a police force for the unincorporated town of Garberville, which is swimming in drug money, but has no tax base. They called it Measure Z, and they said it was for “public safety,” because if they told you that it was a new, countywide, tax to pay for cops to insulate Garberville’s rich dope yuppies from their own customers and employees, you never would have voted for it. 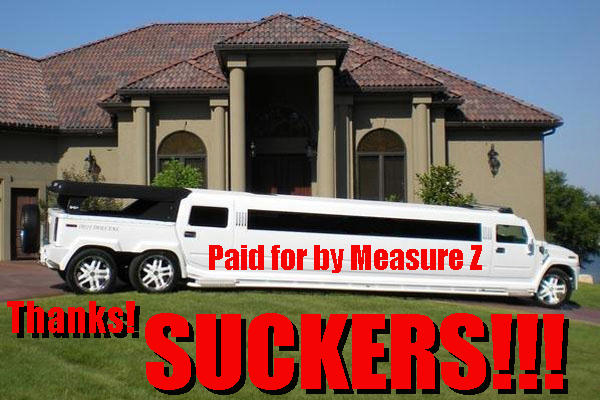 The greedy, hoping to boost property values, and the mean-spirited, eager for blood, tricked naive liberals, who always fall for that “public safety” bullshit, into voting for a war against the poor. Measure Z was the first of a wave of “Fuck Poor People” laws in Humboldt County. The Board of Supes designed Measure Z to hurt poor people, both by taxing them unfairly, and then by punishing them for their poverty, with the cops they pay for. “No Camping” and “No Panhandling” laws soon followed, along with beefed-up enforcement of selective laws that impact the poor. Measure Z came first, however, and because Measure Z was so stacked against the poor, and encountered so little resistance, many people took it as a signal that it was open season on the poor and homeless. 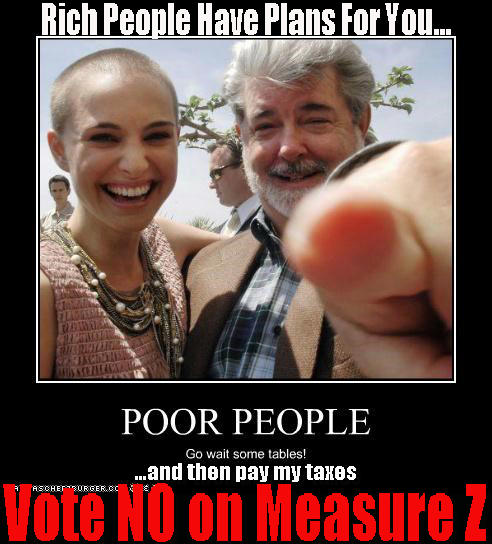 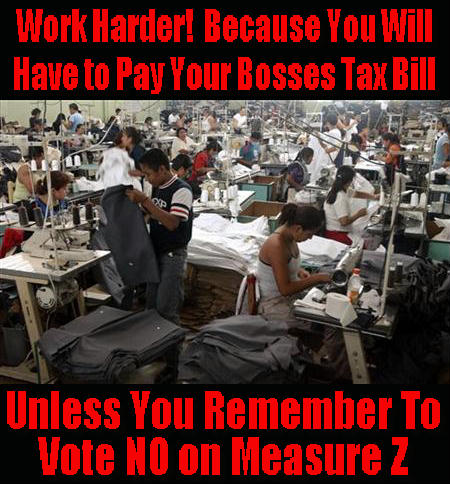 Another body turned up at a homeless camp North of Redway on Halloween. The Sheriff claims that it is not immediately clear whether the man fell, or was thrown over the cliff, but however you look at it, he was certainly pushed. Local vigilantes known as “Locals on Patrol” have been going into homeless camps during the day to hand-out notices bearing the Humboldt County Sheriff’s Dept. logo and Sheriff Mike Downey’s name. The notices say: “You are on land owned by the State of California, the County of Humboldt or a private landowner in violation of penal code 602 (trespassing). If you are located on this property by any law enforcement officer you are subject to arrest per that section.” 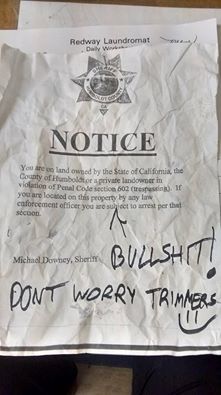 Did the notice from the Sheriff’s office, and the nice people with tazers and pepper spray, who visited their camps to deliver it, scare people into moving their camp to a more precarious position, from which they fell, or did someone go back to the camp later that night to do the dirty work? Will we ever know? Will the Sheriff even conduct an investigation? Oh, and while you’re pondering rhetorical questions, ask yourself, “How does this improve “public safety?” 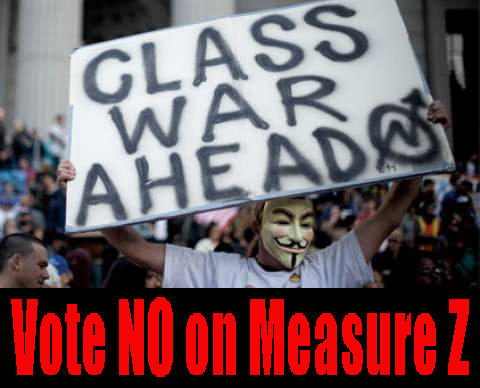 For politicians, Measure Z is a goldmine. For the poor people of Humboldt County, Measure Z has been a siege, and for the greedy, drug dealers who control most of the Southern Humboldt economy, Measure Z is about political power and selective enforcement. It’s about having cops to bust petty criminals, and harass homeless people around town while allowing major drug kingpins to operate with impunity in the hills, and not having to pay for it. All in all, Measure Z has been a shameful exercise in corruption, coercion, and violence against Humboldt County’s most vulnerable. 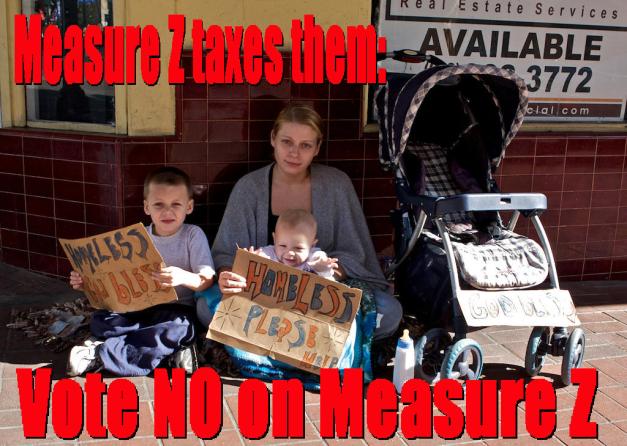 Measure Z has not made our streets safer, it has only made them meaner, more dangerous and more expensive, and the problems it was supposed to solve have only gotten worse. Remember that, the next time a politician tries to sell you something else for “public safety.” 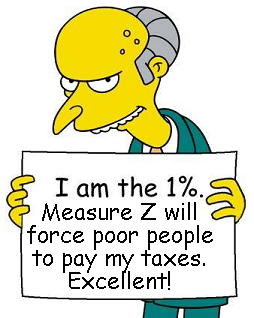 13 comments on “What has Measure Z Done for “Public Safety?””