As 2015 draws to a close, and I sip my holiday nog, I reflect on what has happened over the past year, in this little corner of the world we call Southern Humboldt County.

2015 started off with a little squeeze on our pocketbooks, as Measure Z went into effect. Measure Z a regressive, countywide sales tax, now forces Humboldt County’s poorest and most vulnerable citizens to pay for county services to dope yuppies, merchants and ranchers. A couple of things that didn’t happen in 2015, despite this windfall of revenue in the county coffers: Another year went by and still, there is no public wifi, anywhere within a 50 mile radius of Garberville. I realize that here in Sierra Leone, where years of bloodshed and political instability make such critical infrastructure difficult to secure and maintain… Oh wait, SoHum is in California, USA, WTF!

Also in 2015, no public restroom appeared on the streets of SoHum. This much talked about, and much needed, facility remained, for the entirety of 2015, confined to that rarefied space reserved for aspirational visions. At least there, nobody has to clean it. Garberville is the only town of any size between Laytonville and Eureka on 101. Many people in the hills have to drive an hour or more to get to town. However you get there, by the time you get to Garberville, the first thing you need to do is find a restroom. It’s just cruel not to have one.

Speaking of cruel, 2015 marked the rise in prominence of local street artist Ron Machado. Ron’s edgy assemblages of found objects, appeared all over Garberville in 2015, challenging this small town’s image of itself. Ron’s controversial work provoked much public debate, but things turned ugly in February when vigilante thugs attacked Ron, sprayed him with chemicals and set his camp on fire, filling the streets with the acrid stench of burning plastic and cultural intolerance. The attackers remain at large.

Speaking of large, in March, large boulders fell from the bluffs above, blocking Redwood Drive between Redway and Garberville. Two towns, two miles apart, suddenly became two towns, 15 miles apart. This completely changed the dynamics of Southern Humboldt. For example, when we go to town for groceries, we generally visit Chautauqua in Garberville, and Shop Smart in Redway, but when Redwood Drive is out, to get from Redway to Garberville, or vice versa, you have to get on the highway. Once you get on the highway, then fuck-it! You might as well go to Eureka. Businesses in both Redway and Garberville complained about slumping sales during the road closure, and the closure lasted well into April.

In May, SoHum hosted a very distinguished visitor, thanks to a new organization that made a lot of waves in Humboldt County this year. California Cannabis Voice Humboldt, or CCVH, an association founded by some of some of Humboldt’s greediest dope yuppies, hired a professional lobbyist to help them push their agenda in Sacramento, and in Eureka. On May 29 Lt. Gov. Gavin Newsome came to SoHum with dollar signs in his eyes. He toured a pot farm, and spoke to a packed house in Garberville. 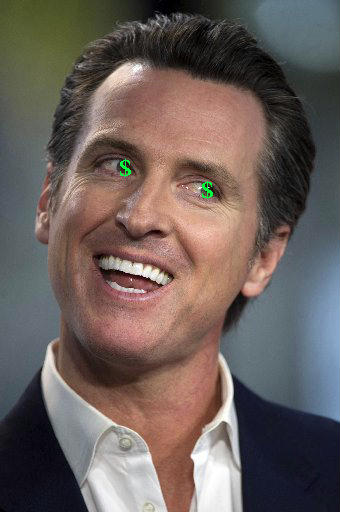 Newsom convened a “Blue Ribbon Commission on Marijuana Legalization” that told the dope yuppies exactly what they wanted to hear. Newsom told us, with a straight face no less, that it was important to keep the price of marijuana high, and that the people who grow it for the black market are the best people to grow it for the legal market too. After being roundly criticized for jumping in bed with drug dealers, Newsom quietly stepped away from his legalization agenda, and took up the mantle of gun control.

At the county level, CCVH threatened to impose a new countywide cannabis cultivation ordinance in 2015, by sidestepping the supervisors, and going straight to the voters. They soon realized that the voters were even less likely to give them what they want than the supes. So far, it looks like the county will bend over backwards for CCVH, whether the voters like it or not, and our local environmental non-profits will have to sue the county for not living up to their responsibilities to the public. If that happens, we can watch our tax dollars battle our charitable donations until they both disappear in a useless cloud of legal fees and paperwork, as dope yuppies kill off the last of the wild salmon. 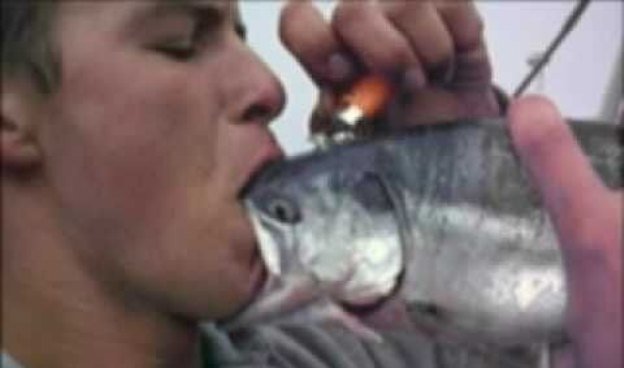 Speaking of legal fees and paperwork, in June, a big posse of law enforcement descended on Island Mtn, to show us what today’s marijuana industry looks like. Just after the Summer Solstice, Deputies seized over 23,000 plants, mostly in full bloom and near harvest. These large scale “light-dep” operations have taken the cannabis industry by storm because they dramatically increase cannabis productivity. These resource intensive operations dramatically magnify the impacts of cannabis farming on the surrounding environment as well.

In addition to the many thousands of plants, deputies seized an enormous quantity, even by Humboldt County standards, of processed sinsemilla flowers, ready for market. The raids netted over 4,000 lbs of bud. Who keeps two tons of weed on hand? “Dude, it’s my head-stash.” they must have said. There are two kinds of drug dealers. The kind who use forklifts, and the kind who don’t. I guess we know which kind these were. 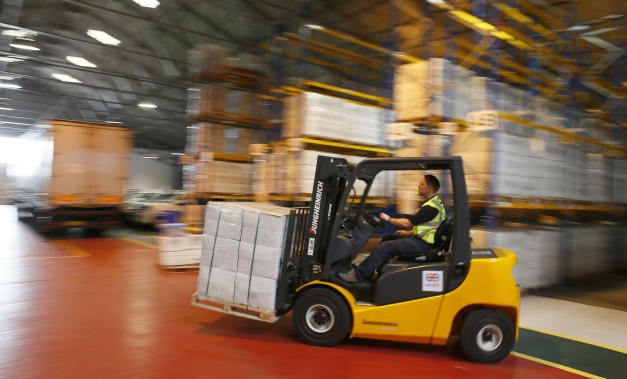 Incidentally, a few of the properties raided on Island Mountain belonged to prominent CCVH members, and outspoken cannabis industry apologist, Hezekiah Allen, who claimed he had been trying to get his name off of that property deed. If you ever have that problem again, Hezekiah, give me a call. You can sign a property over to me today, or any day, and I’ll have your name off of that title in a week. 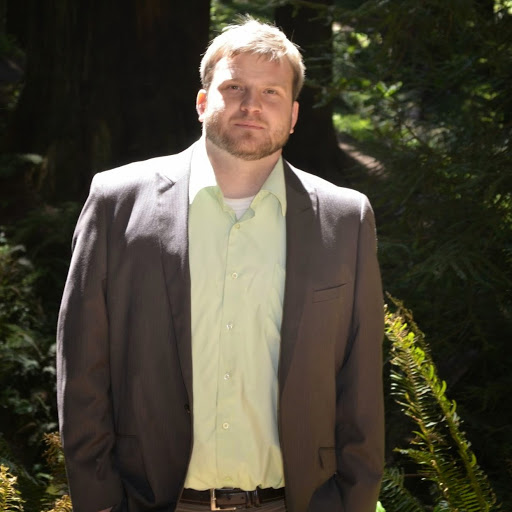 Also in June, Kathy Epling died unexpectedly. In many ways, Kathy Epling, was the heart of SoHum. Being the heart of Southern Humboldt, is kind of like being Dick Cheney’s heart. Like Dick Cheney’s heart, Kathy was overburdened, her needs went largely ignored, and she pumped her life into something bigger than her, over which she had no control, and only a little influence, but she gave it everything she had. She is sorely missed.

Speaking of nice women with difficult jobs. This summer, Cinnamon Paula resigned from her position as director of the Garberville-Redway Chamber of Commerce. For the last few years, Cinnamon Paula put a kind, sensitive face on the heartless greed, and fascist agenda of the Garberville-Redway Chamber of Commerce. Ultimately, though, her humanity, compassion, and sense of community mattered more to her than money. I wish I could say that about more people in SoHum.

As Summer wore on, lightning storms ignited drought stricken, tinder-dry forests all over Northern California. Compared to Lake, Trinity and Sonoma counties, Southern Humboldt emerged from the 2015 fire season relatively unscathed, but Garberville became a major staging area for firefighting efforts. For weeks, every restaurant in town had a line, five deep, of buff young men in uniform, including a large contingent of regular army GIs. As usual in SoHum, Summer dissolved into a haze of heat and intoxicating smoke, echoing to the rhythmic reverberations of helicopter blades. 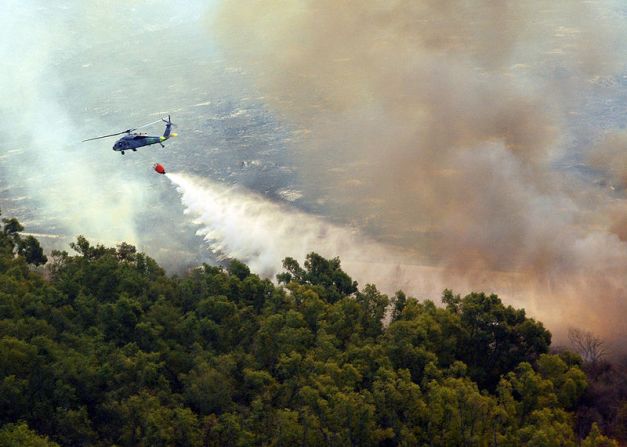 Speaking of dissolving. In September. The Redway Community Services District drove a stake through the heart of the, proposed, Gyppo Ale Mill. At the height of the worst drought in recent memory, the Redway Community Services District rejected the proposed brewery’s water use application. Local entrepreneurs had hoped to capitalize on this community’s heroic, and seemingly insatiable thirst for alcohol, but it’s damn hard to make beer without water.

No great loss. With a location in an out-of-the-way industrial park, walking distance from nowhere, it makes more sense to think of the Gyppo Ale Mill as a manufacturer of drunk drivers. Who would argue that we need more of those on our roads in SoHum? 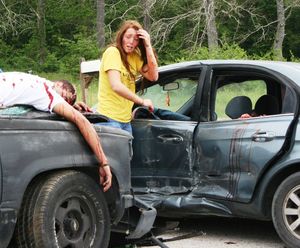 Speaking of things we don’t need more of, in September, at an annual cannabis competition event, called the Golden Tarp Awards, judges disqualified nearly half of the entries because of mold contamination. The Golden Tarp is awarded for the best “light-dep” cannabis flowers. Increasingly growers turn to these “light-dep” methods, which utilize large light-blocking tarps to artificially manipulate the length of day. Using “light-dep” techniques, some growers can produce two or three crops each season. No one seems to know why so many of these buds, hand picked by professional growers, hoping to win a contest, contained mold, but you have to wonder what quality control was like on the other nine-million tons of weed these growers produced.

Speaking of contamination. Scientist Maurad Gabriel with the Institute for Integral Ecology announced his latest findings in his study of pacific fishers. He concludes that more pacific fishers have perished due to rodenticide poisoning, and that contamination rates continue to rise. A recent survey finds 85% of pacific fishers test positive for rodenticides, up from 76% in his previous study. These elusive forest dwellers, related to weasels and pine martins, eat rodents, but lately, a significant portion of wild rodents, even in deep forests, contain large doses of rodenticide poison. Marijuana growers operating deep in the woods use rat poison to protect their crop from rodents, and sick rodents wander off to be eaten by unsuspecting fishers.

Speaking of unsuspecting, at least three people were severely beaten this past fall, by people they did not know, who woke them up by pounding the crap out of them. This Fall, like every Fall, SoHum’s population swelled with an influx of trimmigrant labor for the harvest season. The cannabis harvest season brings, far and away, our greatest influx of European tourists and European tourist dollars. Instead of seeing them as an economic blessing, and an opportunity for cultural exchange, locals treat them as an inconvenience, a nuisance and an eyesore. Local media, especially the Redwood Times, help amplify these hostilities, and so these seasonal visitors become targets for harassment and convenient victims for venting pent-up anger. No one was arrested in any of these attacks.

Visitors to SoHum should be aware that this area is a safe haven for dangerous violent criminals who seek out poor and vulnerable people for unspeakable abuse. Some of these dangerous violent criminals wear a Humboldt County Sheriff’s Department uniform. Former Sheriff’s Deputy Daniels spent the entire year of 2015 in jail, awaiting trial on two counts of sexual assault. Two Southern Humboldt women came forward and testified that Daniels sexually assaulted them while in uniform, and on duty in Southern Humboldt. The second assault happened months after the first victim took her complaint to the DA, and Daniels remained in active duty for months after the DA took the second woman’s report. How many victims kept the abuse to themselves, rather than risk further humiliation. Why did the Sheriff’s Department fail to take the first report seriously enough to prevent the second? Perhaps we’ll find out in 2016.

Finally, in December, the Clover Insurance building on Sprowell Creek Rd. was involved in a traffic accident for the second time in two months, leading to much speculation. What was this building doing out on the road so late at night? Had it been drinking? More importantly, do you want to keep your insurance policy, your safety net, if you will, in such a reckless building, especially when Miclette Insurance, right around the corner, hasn’t been involved in a single traffic accident since at least the turn of the century. I guess it’s good that Clover is in the insurance business, because with a traffic record like their building now has, it’s going to be tough for them to find an affordable policy. I for one, won’t be surprised to see the Clover Insurance building peddling a bicycle around town in 2016. I hope I see you around town in 2016 too. 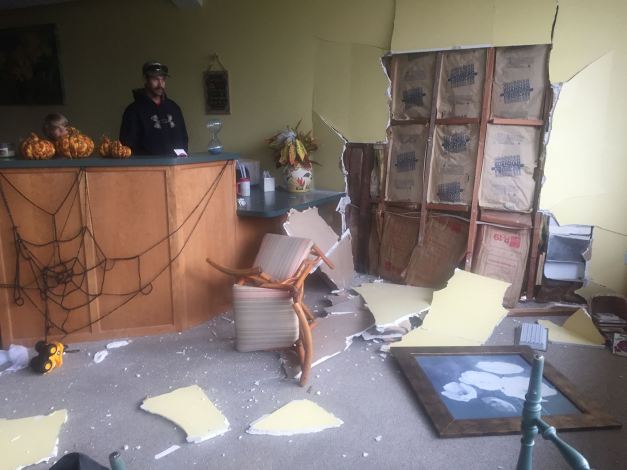