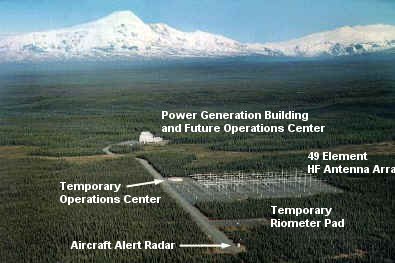 Many Americans, as well as millions of people around the globe have expressed their outrage at the top-secret experiments taking place at a US military base in Alaska. This nefarious program, code-named “The HARP Project,” builds on the groundbreaking work of Nicola Tesla, and seeks nothing less than complete control of global weather patterns through the use of high-frequency electromagnetic fields.

The HARP Project utilizes an enormous antenna array, and transmitters capable of pumping millions of watts of radio-frequency energy into the stratosphere. These transmissions create changes in the Earth’s ionosphere that extend around the globe, and the amplitude of these signals distort the shape of the atmosphere, and effect the Earth’s magnetic field.

…but this week, the LYGSBTD Center for Investigative Reporting acquired exclusive, TOP-SECRET video footage that reveals, for the first time, exactly how it really works. This video reveals the exact frequencies of operation, resonance gradients, harmonic characteristics, and radiation patterns of the energy field transmissions. This video allows viewers to see, and hear for themselves, the effect these energy fields have on the atmosphere. WARNING: This two-and-a-half minute video will change your life FOREVER!!!!!!

See, you are now two-and-a-half minutes older, and you’ve seen the newest addition to my growing collection of crude musical instruments made out of junk: The HARP Project. Technically, a musicologist would remind us, this instrument is a lyre, but I’ve called this instrument “the HARP Project” from the moment I conceived of this contraption, and I’ve only subsequently learned of the subtle difference between the two. For the record, a harp has only three sides, while a lyre has four.

The voice of this instrument emanates from an aluminum bundt cake pan I found lying in the mud while cleaning up a property in Ettersburg. I knocked the mud out of it and tapped it a couple of times to listen to its ring. I thought it had a pleasant ring, and considered using it as a resonator on the guitar I recently built, but the geometry of the guitar just didn’t work that way.

Still, I thought this bundt cake pan had a nice ring to it, and realized it would be easy to attach a piezoelectric pickup to it as well, so I started to look at it, and think about how I could best harness its acoustic properties. I checked a few books out of the library, and I looked up some stuff on-line. At some point, I found a picture of a harp made out of a roasting pan. I took note of how it was constructed.

Zither pins. Until this point, my collection of homemade string instruments has been limited by the availability of tuning mechanisms. I once got a music store to sell me a few old guitar tuning machines for a dollar each, but I haven’t come across a deal like that since. Zither pins sell for about a dollar each, new. With zither pins, I could build an instrument with 20 tuned strings, and stay within my budget of $30.

I built the frame of the instrument from an old shipping pallet, and I found a piece of copper pipe just the right length for the bridge.

You already know about the bundt cake pan.

I made the strings out of a spool of stainless steel wire I’ve been carrying around for over a decade. 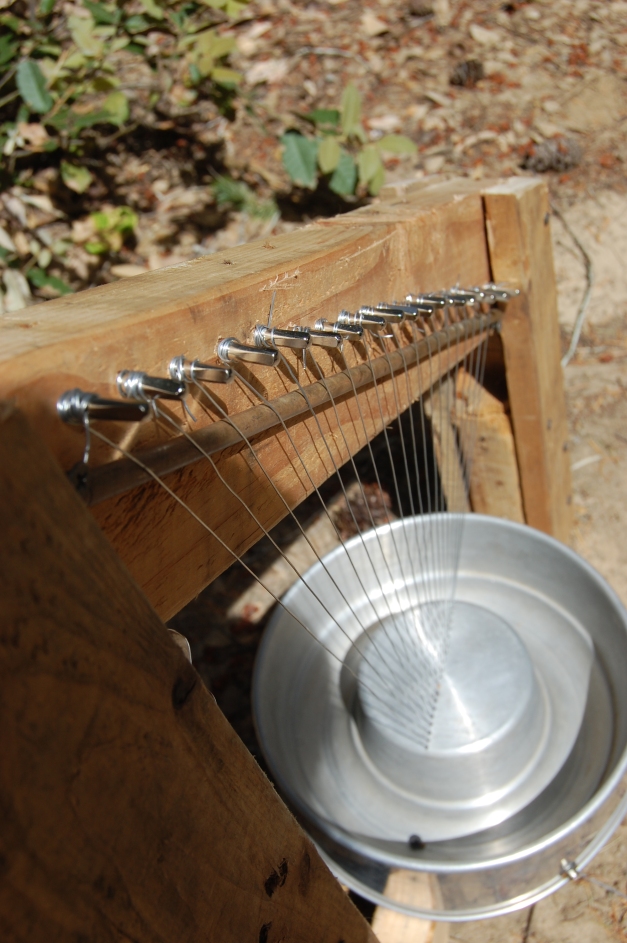 The piezoelectric pickup came out of my Bratz brand toy drum machine that worked long enough that you can hear it on my last album, Um… Uh… Gum Eh?, but died shortly thereafter. 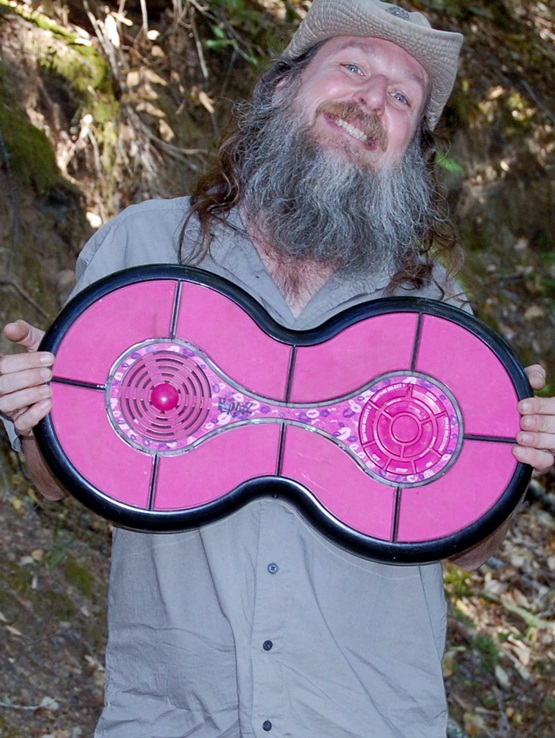 I got eight great sounding piezoelectric pickups out of that toy, including this one, and the one in my record breaking guitar. 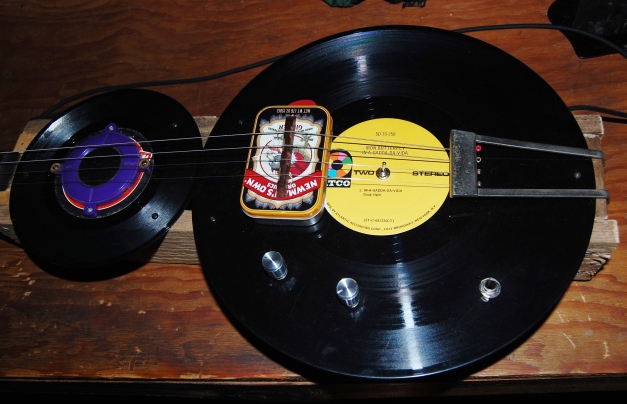 I paid one dollar for it. A quarter-inch phone jack and a volume pot with a brushed aluminum knob complete the Harp Project, and make it convenient to amplify or record.

I really like the way it sounds. Now I have to learn to play it.

5 comments on “The HARP Project”