Wasn’t it just a few weeks ago that I announced the release of Um… Uh… Gum Eh?, my first album of circuit-bent music? Yeah, it’s true. Just last month I released a studio album containing over an hour of original music composed on homemade instruments and circuit-bent electronic toys. Um… Uh… Gum Eh? sounds great, and I encourage you to get a copy and listen to it, especially if you’ve got nothing better to do than read this blog. It’s a great album if I do say so myself, but you will probably never hear the music on it performed live, because Um… Uh… Gum Eh? involved many overdubs and a lot of audio editing that make the music hard to reproduce in concert. 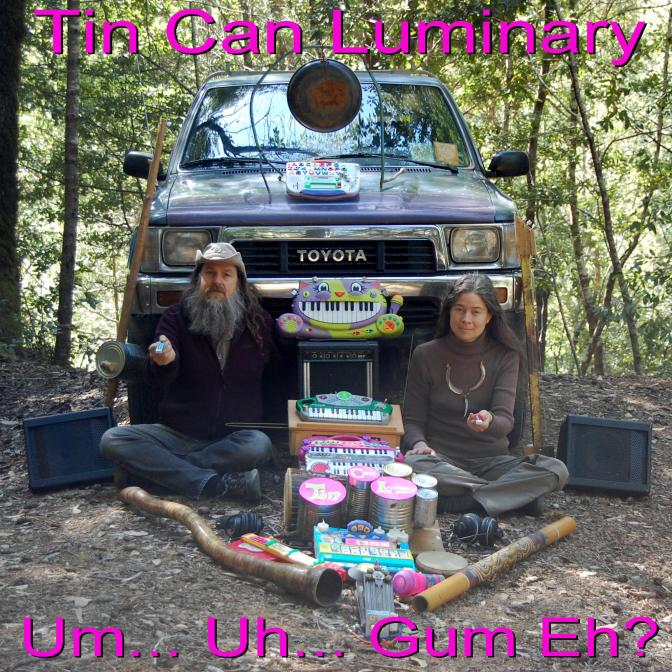 However, I do, on occasion, perform live as a musician, and today I announce the release of a new live album, recorded at three gigs I played at The Hemp Connection in Garberville over the past year or so. The album is called Live Electric Didgeridoo, so called because when I perform live, I play the accordion.

Here’s a few cuts from the album that will give you a taste it:

You’ll have a great opportunity to do both of those things this weekend. I’ll perform on electric didgeridoo at the Summer Solstice Gathering at Heartwood on June 21-23. I’ll play on Friday afternoon, June 21 and again on Sunday morning June 23, and I’ll have a booth there all weekend where you can get a copy of Live Electric Didgeridoo, Um… Uh… Gum Eh?, or some of my older albums likeHand Made, Never Turn Your Back on the Sea, 1-G707+FX, Hallucigenia Sparsa, Space Didge and A Pink Pair.

I’ll also have copies of my partner Amy Gustin’s radio series Living Earth Connection. I co-produce this radio series with Amy which explores the root causes of the environmental crisis and seeks to change our vision of our place in the world. It’s a great show that currently airs on KMUD on the fifth Sunday of the month, in months that have five Sundays, at 9:30 am.

We want to encourage other radio stations to air this provocative series, and make it available to listeners beyond the KMUD listening area. Sales of CD versions of the program will help offset the cost of distributing the show, and we welcome your support to help share these ideas with a wider audience. You can download the Living Earth Connection radio programs in mp3 format by visiting the Living Earth Connection blog at www.livingearthconnection.wordpress.com. CD versions of the show are available by mail order, or you can come by the booth at Heartwood and get CD copies of every program. June happens to be one of the four months this year that has five Sundays, and you can look forward to a brand new episode of Living Earth Connection on Sunday June 30 at 9:30 am on KMUD.

I’ll also have a very limited selection of lanterns made from recycled tin cans. In years past I have sold these lanterns at festivals all over the Pacific Northwest from The Whole Earth Festival in Davis to Oregon Country Fair near Eugene, OR and they are always a big hit. I stopped making them about five years ago, and only have a few left, but they will be available at Heartwood this weekend.

The Heartwood Summer Solstice Gathering looks like it will be a good time, with camping on site, organic vegetarian food, music and workshops all weekend. I hope I see you there!

2 comments on “What… Another Album?”