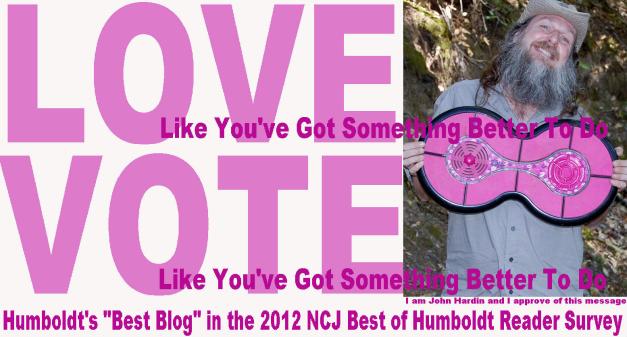 To everyone who voted for Like You’ve Got Something Better To Do in the North Coast Journal’s “Best of Humboldt” readers survey, thank you for supporting my campaign. I really appreciate that you took time out of your day to cast a ballot for this blog, and I will continue to work hard for you, delivering the same caliber of pointless drivel that you’ve come to expect from me here at: www.lygsbtd.wordpress.com.

I don’t know why it takes the NCJ two weeks to count the ballots, but they can take their sweet time if they want to, after all, its their newspaper. I’ve already gotten more ink out of the NCJ than I expected. The words, “Like You’ve Got Something Better To Do is the funniest blog in Humboldt County” appeared in the North Coast Journal two weeks ago, so the truth is out. Despite their vote rigging shenanigans, the NCJ just couldn’t hold this blog down. 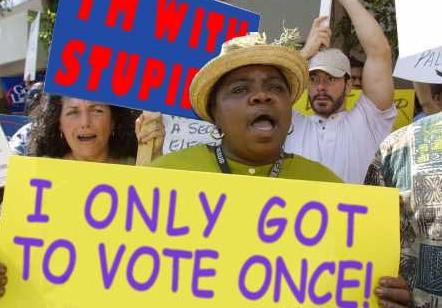 As far as I’m concerned, we’ve already won this contest, but we’ll see how the vote comes out on Sept. 20. After the “voting irregularities” the supporters of this blog experienced in the balloting phase of this contest, who knows what the NCJ will do, now that they have two weeks alone with all of the ballots. They’re certainly not above suspicion, considering the circumstances.

Humboldt County’s world famous Transparency Project doesn’t apply to private surveys like this, and the NCJ rejected my demand that I personally be allowed to monitor the entire ballot sequestration and count, almost as soon as I set up my sleeping bag in their office. With no election observers, we may never know the true will of the people, but on September 20, the NCJ has promised to publish some results, and I’m sure I’ll have something to say about them.