This is it folks. Its down to the wire, the critical hours that make or break a campaign. We have today and tomorrow to inundate the NCJ with votes for this blog, www.lygsbtd.wordpress.com as the best blog in Humboldt Co. I need you to come through for me today! Can I count on you?

I cannot stress enough how important it is to vote for this blog right now. First, there’s FREE BEER at stake. That should be enough to unify people behind a common goal. What’s really important though, is how much it will mean to me, to know that you cared enough about this endeavor to do something to help make it more successful. I really need to see that now.

If this blog wins “Best blog in Humboldt” in the annual NCJ readers survey, I will be so grateful, that it will be my pleasure to contribute to your intoxication, by throwing a beer party for all of my readers. So please, help me out right now. It will only take a minute, won’t cost you a dime, and will earn you FREE BEER.

Even if you only read this blog because you hate me, which is most of you, I suspect. Please put that hatred aside for a moment to consider something. Even if all we share is animosity, at least that means we have a real relationship, and that the words I write make you feel strong emotion. That’s got to count for something. Look at how far I’ve gone to cultivate this relationship with you, specifically. That’s because I care, and that’s the kind of special attention you get at www.lygsbtd.wordpress.com.

So, even if you hate my guts, like Andrew Goff, the Garberville Chamber of Commerce, old people, bikers, teachers, Wall St. traders, the editors of Savage Henry, people who use credit cards, PBR drinkers, English professors, Garberville Veterans for Peace, merchants, the rich, the middle-class, French people or Loreen Eliason, please vote for this blog as “best blog in Humboldt Co.” in the NCJ’s annual “Best of Humboldt” reader survey, RIGHT NOW!

Here’s the text to copy: www.lygsbtd.wordpress.com

Here’s the link to the rules and ballot.

It’s a long ballot. Don’t waste your time voting for other categories, just click through to the page labeled “Best Local Media”, then scroll down to “Best Blog” and paste the text you just copied. Don’t forget to continue to the end of the ballot, and to click on the “submit ballot” button when you are done.

Thank you very much. Now email all of your friends and ask them to do the same. The contest ends on Sept. 7, so hurry up, please!

On The Money, Labor Day and NPR

Financial Advice for the Working-Class

Well its Labor day. A day off to honor American workers. Listening to NPR this morning, the only mention I heard of it, was an announcement that the stock markets were closed for the holiday. They didn’t even say which holiday.

If you listen to NPR on Memorial Day, you’ll hear Taps, a 21 gun salute, and a story about veterans. On Easter they’ll report from the Vatican, and you’ll hear the Pope. They play the sound of fireworks on the 4th of July, and the cheers of people counting down, as the ball drops in Times Square on New Year’s Eve. They give us Christmas season retail sales reports for a solid month be fore Christmas, and they’ve played that David Sedaris elf story (oddly, the only story about an American worker I can remember hearing on NPR) so many times we’re ready to puke up Mama Stamberg’s cranberry relish, but not a word about Labor Day.

You’d think the president would say something appreciative of all of the people who set their alarm clocks every day, give up half of their waking hours and pour themselves into their work to make our economy and government function. Maybe he’d mention that while wages stagnate or decline, worker productivity continues to soar. He could show some appreciation for all of the people who now work so much harder, for so much less. He could take a moment to thank American workers for all the sacrifices they have made, and for how much more they will be asked to sacrifice, just to keep America strong and competitive in the world economy. If Obama made that speech, they sure didn’t cover it on NPR.

Maybe some corporate CEO issued a statement to the press, in appreciation of all of the people who worked longer hours and took a cut in pay, in order to justify his obscene salary to the corporate share holders. NPR always seems to have time for those folks when they have something to say, but I heard no such message today.

I can understand how NPR could both report on higher productivity numbers, and lower wages, but somehow never cover the effects that these things have on the lives of American workers. I mean, the government issues a report, and the productivity number is printed right there. When a union makes concessions in a contract, someone sends them a press release. Do you send out a press release to announce that this is the third time this week you’ve had ramen noodles for dinner? So, you can see how they miss that story.

By contrast, less than half of us own stocks, and most of the people who own stocks, own very few. But, NPR tells us what happens on the stock market, and why, every half hour, at least. NPR themselves tell us, repeatedly, that bubbles in the stock market, mean that wild fluctuations on Wall St. do not really reflect the economic reality of most Americans. So why, do you suppose, does NPR continue to report all of the major stock indexes every half-hour, but can’t find a single story about American workers to run, even on Labor Day? Oversight, maybe? …Just slipped their minds? …institutional Alzheimer’s disease?

How should I know? But I know the Asian markets lost two percent of their value on news of a flat jobs report here in the U.S. and that stocks on Wall St. are seriously overvalued, especially when compared to American workers.

The Professor Poses a Problem

The Professor Poses a Problem

OK, The Professor asked for 100 words, to convince a person who works 80hrs a week, that they don’t need to work 80hrs a week to earn an honest living. These premises contain more flaw than function, but I accept the challenge.

Flaw #1 People who work that much, and don’t notice, or somehow ignore the toll it takes on their own bodies, have cultivated an insensitivity that is almost impenetrable. Many are followers of apocalyptic religions (like Christianity). They expect life to suck, look forward to the end of the world, and believe they will be rewarded in the afterlife. These people attend services every week, read books, sing songs, recite sayings and mutter to themselves every day, just to reaffirm these beliefs, but I’m supposed to convince them in 100 words or less.

Flaw #2 Honesty. Can we call people in denial, honest? …or self-deluded people, innocent? Honesty is a survival strategy honored for its effectiveness, but survival is the real game. Words like “honest living”, “middle-class living”, or “comfortable living” have to do with expectations. Unfortunately, too many people foster unrealistic expectations.

Flaw #3 Language is a slight of hand trick. While its incredibly easy to hide an elephant with just a few words, its very difficult to describe an elephant in just a few words, especially if you cannot assume any knowledge of the animal kingdom. I daresay that in 100 words you could scarcely describe an elephant from even one perspective, and you’d surely leave out some important information. An elephant looks very different viewed from the front, than it does from the side, and it looks very different still when viewed from behind. So, I offer two 100 words descriptions of the elephant in the room:

Time to Get Off the Bus

We’ve blown it. We’re financially, economically, ecologically, politically, and philosophically bankrupt as a culture. It can’t be fixed. Take the day off. Don’t set the alarm.

Don’t watch TV. Don’t talk to friends or neighbors because they are in denial. You need time to think.  Do the math. If we save the environment, the economy collapses. If we save the economy the environment collapses. Either way we get global meteorological, ecological, socioeconomic and political instability. In other words, this is your last chance to get off the bus before we hit a brick wall.

If you found out today that you only had a year to live, would you go to work tomorrow? Capitalism, the environment, society and our culture, have all gotten the diagnosis. While you may survive, none of the institutions you rely on will be there for you. Instead, you will work increasingly hard to nurse them along, and you will get less of what you expect from them until they collapse completely.

Unless, you abandon them, they will suck you dry, and drag you down. Do you want to be just another sacrifice to a terminally sick culture?

Only in Humboldt Co.

Only in Humboldt County…

…do we have more breweries, than cities

…will you find so many healthy “seriously ill” people

…do rednecks listen to the Grateful Dead, while hippies listen to Johnny Cash

…do they have “Back to School” sales on bongs

…do we have more places to buy grow lights than gasoline 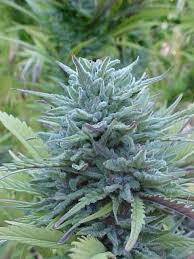 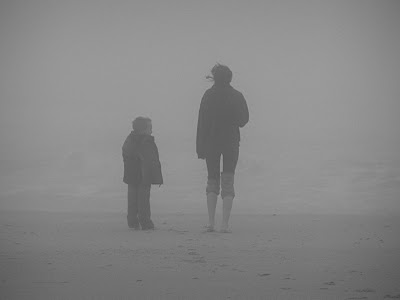 …does mold have attitude

…will you hear someone say “Jahdios” instead of goodbye

…will you ever have too much pot

…do people have nightmares about spider mites

…do we turn red diesel into green diesel