On The Money: The National Debt 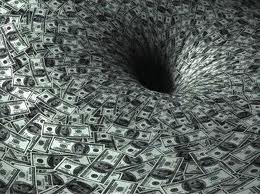 Financial Advice for the Working Class

What’s the matter, are you chicken? You conservatives who’ve fought to shrink government til its small enough to drown in a bathtub, have shrunk government revenue down to where it won’t pay for the services we count on. Why do you care if it drowns in debt…in 20 yrs?

You don’t mind ignoring global climate change. You’re OK with soaring health care costs, rising poverty and income disparity. Why are you so concerned about the national debt? Why do you care if China takes a bath on its investment in the U.S.? You know we just blew all of that money on a couple of pointless foreign wars, tax breaks for the people who profited from them, and bail outs for the bankers who wrecked the economy. Somehow your concern for the “Full Faith and Trust in the United States of America” just seems out-of-character. 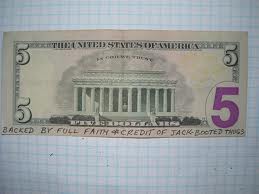 You so-called “fiscal conservatives” always seem to self-destruct in the middle of some kind of Ponzi scheme, like Enron, Countrywide or Bernie Madoff. You don’t mind running your own businesses into the ground for personal short term financial gain.  Why would you run the U.S.A. any differently? 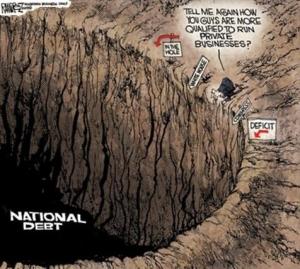 I mean, if they cut Social Security and Medicare, what does our federal government do besides wage war, torture people, and build weapons of mass destruction. If that’s not earning me a check, I want nothing to do with it. Am I wrong to expect something for all of this outlay of treasury for the military? For as much as I pay in Federal Income tax, don’t I deserve a couple Afghan or Iraqi slaves to mow my lawn and rub my feet after a hard day at the office? Now you say we can’t even swing Social Security and Medicare, because of how much we spend on the military. Shouldn’t our military make money? I thought these wars were all about oil and money. So, where’s the goddamned money?

Its gone, so fuckit! If China wants to repossess our military hardware and fat-cat tycoons, I say let them. They aren’t doing us any good anyway. I say we take the 400 richest Americans, what’s left of the Space Shuttle program and all the nuclear bombs left over from the cold war, pack them on our fleet of aircraft carriers, park them about 100mi off of China’s coast, leave the keys in the ignition and walk away. Let them see how much fun it is to rule the world. Then we can go home, declare bankruptcy, and make a fresh start.

We’ll all be better off. So what if the dollar plummets in value. Most of us don’t have enough of them to make much difference. So what if interest rates climb? Borrowing money is what got us into this mess to begin with. So what if the economy collapses? Most of us work way too hard for way too little. Since we’re just getting further in debt, we might as well stop digging. 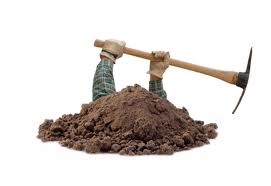 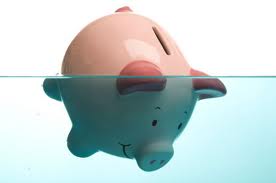 2 comments on “On The Money: The National Debt”